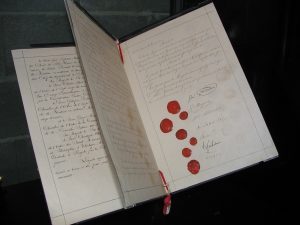 While it may seem like war is a time of such violence that “anything goes”, the truth is there are guidelines that dictate what is and is not allowable during a time of war. Crimes can be committed against soldiers or civilians, and their rights are protected by the treaties signed during the Geneva Conventions. Other criminal activities may include the use of illegal weapons or war time practices, and these issues were covered during the Hague Conventions. Several different types of war crimes exist.

Terrorism is one of the most recognized war crimes in recent history. It has affected countries worldwide, and it is illegal. The threat of a terrorist attack has become so common that many nations are on full time alert for the possibility. Another war crime is the use of Death Squads, and these groups can be viewed as terrorists. They are well armed militias that carry out orders from government officials to execute groups of people. Their targets are often civilians, and the bodies of these victims are commonly buried in mass graves, which is also a crime of war.

There are special guidelines established by the Geneva Conventions that cover the treatment of POW’s, civilians and members of the International Red Cross. Imprisoning civilians is considered to be inhumane, but there are specific regulations in place to ensure that they are treated properly. The regulations for military personnel are not as strict, but they still insist on humane treatment. Red Cross personnel must be considered as neutral parties and not harmed or held in captivity for any reason. To do any of these things would be viewed as a war crime.

Although death is an expected part of every war, the attempted mass annihilation of any group of people is a crime against humanity. Ethnic cleansing is the attempted destruction of an entire culture of people based on their ethnicity. Genocide is a policy of murdering every member of a particular segment of people due to their religion, race or other key characteristic. Both of these crimes are a blatant and unlawful endeavor to wipe a collection of individuals off the face of the Earth.

War crimes are considered to be serious offenses against humanity, and they fall under the jurisdiction of the International Criminal Court which was established by the United Nations in 2002. Many countries all over the world are working together to put an end to these abhorrent injustices.