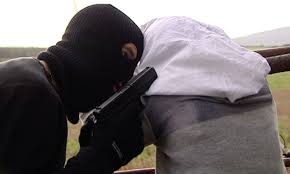 The term “tiger kidnapping” comes from the way a tiger stalks its prey before it strikes. Criminals use the same tactic. They learn about their queries weaknesses before they exploit them, eventually targeting the item or person that they believe will elicit a desired reaction.

Tiger kidnappings originated from adapted Irish Republican Army tactics. The first recorded tiger kidnapping took place in the early 1970s, but the practice became widespread during the 1980s. The tactic was particularly prolific amongst crime syndicates in Ireland and the UK. In 2009, Irish Parliament member Charlie Flanagan reported that “tiger kidnappings are taking place in Ireland… at a rate of almost one per week.”

Brandon Molzon
2021-02-28T00:56:23+0000
This place is amazing. If you dig true crime, serial killers, or just history in general..you can't go wrong. The vehicles at the end are the cherry on top. Top notch. This place is worth the cost more so than anything else I spent money on in Pigeon Forge.read more

Megan Kean
2021-02-24T22:02:34+0000
finding an envelope written to a family in my hometown (Punxsutawney Pennsylvania) not alot of people know that place exists and thats the town of groundhogs day.read more

Lettie Mae Loftin-Baldwin
2021-02-12T22:26:32+0000
it was neat..But we were kinda disappointed as we thought it would be more like a museum of the things found at the real prison.read more

Brett Rich
2021-01-22T21:40:28+0000
Interesting to walk thru and be reminded of crimes forgotten. Of course, read up on Frank and Jesse James since they were related to me and then John Dillinger, since my hometown still has a police booth built because of him. It’s a neat and freaky experience seeing memorabilia and signs to read about outlaws, killers and bombers. We then went next door to The Island to walk around and eat supper. Please check out my FB page, East TennesSEE, for all things East TN. #alcatrazeast #crimemuseum #pigeonforgeread more

Dory Munoz
2021-01-16T18:55:13+0000
Very fun museum... spent about 3 hrs there... it was a bit crowded for the rules of pandemic right now...lots of touching and nothing being wiped down... the detective challenge was cool to make you look for more info and read but prize was definitely only good for littles. Laser challenge was ok... better for littles ... we didn’t opt for audio but prob could have spent more time there if I did audio. All in all I still recommend because it was such an awesome museumread more

David Michael
2021-01-13T03:48:43+0000
More crime as well as crime fighting history than I ever figured could be housed in a small museum. Definitely very informative, and interesting even to novices of the complex criminal minds.read more

Christy Maze
2021-01-08T22:02:09+0000
My son and I spent over a good 3 hours in here. The scavenger hunt will help slow you down and actually pay attention to the many different displays. We definitely recommend Alcatraz Museum.read more

Brooke Tucker
2021-01-08T04:00:12+0000
This place is AMAZING! I spent hours here and I learned so much. I'm a huge crime buff and I loved learning about everything. They have everything from Bundy to movie props, counterfeit to old west, pirates, capital punishment and so much more. I DEFINITELY recommendread more

Aaron Day
2021-01-03T05:54:08+0000
First time visiting, and I rate it 5 stars. It's got it all, exhibits of ancient torture methods to modern day crime-solving techniques, and everything in between. One can get immersed in the world of brutality. Very informative & educational.read more

Debra Posey-Collinsworth
2020-12-25T03:31:11+0000
The history of our country on the law and crime from a couple hundred years ago to now! To read how they would get confessions and the horrible Instruments that was used on people is mind blowing! Most if not all countries today have and implement more fair laws! Thank goodness! Everything is very informative!read more

Austin Treigh
2020-12-24T18:14:50+0000
Absolutely phenomenal!! One of THE best and most entertaining museums I have EVER been to!! Highly recommend visiting. Even great for small kids to enjoy!read more

Jenny Noe
2018-06-01T06:36:52+0000
Amazing place to learn anything you ever wanted to know about the history of crime! We were there 2 hours but could have easily spent 4 hours or more to take it all in! I would say ages 10 and up would get the most out of it. Our 5 year old was bored after about 20 minutes! You have to enjoy reading a lot to get the most out of the experience! But very interesting indeed! 👍👍read more
Next Reviews