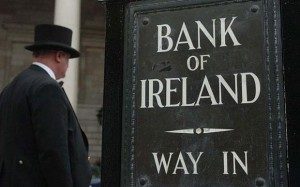 When the family member or friend of a bank employee is held hostage in order to obtain a large sum from the bank it is called a tiger kidnapping. These crimes have recently become more common in Ireland, and the government believes it is because Ireland is a small close knit country where bank employees and their families are easy to keep track of. In addition Ireland was hit hard by the recent economic crisis and people are increasingly desperate for money.

On the evening of February 26, 2009, six men in masks burst into the home of Stephanie Smith and Shane Travers holding handguns and shotguns. They hit Stephanie over the head with a vase and then held her, her mother Joan, and Joan’s grandson at gunpoint overnight. They demanded Travers deliver 7 million euro to them the next morning. As dawn broke, the men took Smith, Joan, and Joan’s grandson into a van and drove away. Travers then drove into Dublin, retrieved the money from the bank, and put it in laundry bags. He drove to Ashbourne, where his family was released. The gang took his car, which contained the money and drove away.

The day after the exchange, seven people, 6 men and 1 woman, were arrested and 4 million of the 7 million stolen euro were recovered. The police were already familiar with the suspects who were connected to a notorious gang leader in North Dublin, and had been suspected of many crimes before. The suspects were found piled into a car surrounded by huge stacks of money. A year after the arrest of the first seven suspects, an eighth, who worked with Travers, was arrested. He was suspected to have helped with the robbery. While 4 million euro were recovered 3 million are still missing. It was a particularly bad robbery because of the economic recession, and the rising levels of poverty among the Irish people.