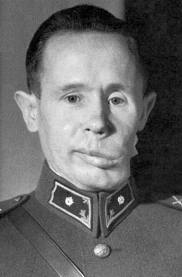 Simo Hayha, nicknamed, “The White Death,” was a Finnish man and is widely recognized as one of the deadliest snipers of all time. He grew up on his family farm, and went on to serve a compulsory one year service term in the Finnish military. Following his mandatory service he opted to continue his military service and joined the Finnish Civil Guard. It was during his time in the Civil Guard Hayha discovered his gift for shooting. Through training he became capable of hitting a target 500 feet away 16 times in a minute.

In 1939 the Soviet Union invaded Finland as the two countries were fighting over border placement and control. As an active member of the Finnish Civil Guard Hayha was called upon to serve. Despite the advanced technology and training of the Soviet Army the Finnish military heavily exploited their home field advantage. The Red Army was largely unprepared for the horrendous winters often dealt with in Finland, and its troops were only able to travel along main roads, making them easy targets for the well concealed Finnish army. This juxtaposition between the two military forces was particularly advantageous for snipers like Hayha.

Dressed in all white, Hayha would spend the day in the wilderness with his Mosin-Nagant M91 rifle and provisions, shooting any Red Army soldier that entered his range of sight. During a 100 day period Hayha is credited with killing 505 Soviet soldiers. Hayha became one of the Soviets’ main targets and earned the nickname “The White Death”. The Red Army launched counter snipers and artillery attacks against him but because of his remarkable ability to camouflage, all of the attempts failed. On March 6, 1940, Hayha was hit in the lower left jaw with an exploding round which crushed his jaw bone and removed his left cheek. His fellow soldiers carried him to safety, and seven days later on March 13, the final day of the war, Hayha woke up from his coma. Finland had won and the Red Army had retreated.

After the war Hayha was widely recognized as a national hero and jumped in rank from corporal to second lieutenant, a jump unheard of in the history of the Finnish military. He eventually recovered from the wound to his lower jaw although it did leave him with a profoundly noticeable deformity it didn’t impact his life in any other way. He became a hunter and a dog breeder and often spent time with high ranking members of the Finnish government including the president who was impressed by his service record.

Hayha lived to be 96 years old. When asked if he regretted killing so many people he said he was only doing his job. He is remembered for having the most confirmed kills of any sniper during any major conflict.