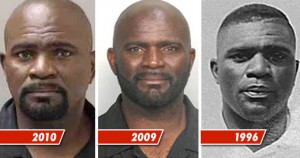 Lawrence Taylor, former NFL linebacker, was born on February 4, 1959, and was a member of the New York Giants. He is also known by the nickname L.T., Taylor’s initials. John Madden noted that Taylor had, “…changed the way defense is played…the way linebackers play.”

It is interesting to note that Taylor did not bring this excellence into his personal life. He has had a wide variety of police encounters and arrests.

Taylor retired from football in 1993 a few years after he was found using cocaine and crack and was suspended from the games for a month. Three years later, he was arrested for buying crack.

His drug problem overcame him, and he ended up in recovery. This should have signaled the betterment of Taylor’s life. However, he made news again in 2009 after leaving the scene of an accident and in 2010 for being charged with rape and trying to solicit prostitution from a minor. In 2011, after pleading guilty, Taylor was required by courts to be noted as a registered sex offender.

Currently, Taylor lives in Florida. He has four children, including Lawrence Taylor Jr., his son, who was arrested for child molestation in 2013.