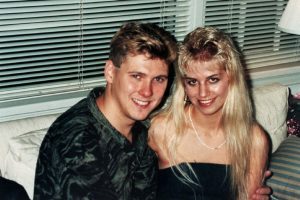 Homolka seemed like a normal child: pretty, popular, and loved by everyone around her. She loved animals and worked at a vet’s office. When she was 17, this passion for animals led her to a pet convention where she met Paul Bernardo, then 23. The two connected immediately and shared their passion for sadomasochistic sexual acts, with Homolka willingly acting submissive to Bernardo. Bernardo, whose sexual proclivities were extremely perverse, asked Homolka if she would allow him to rape other women and she agreed. Bernardo became the Scarborough Rapist.

Bernardo soon became obsessed with Homolka’s younger sister, Tammy. At a Christmas party, they served her drinks spiked with halcyon, then used a rag with Halothane on it to keep Tammy unconscious while they raped her. Tammy vomited during the rape and choked on her own vomit, leading to her death. Drugs in her system were overlooked and the case was classified as an accidental death. Bernardo was unhappy with Tammy’s death, and blamed Homolka for it. As a present, Homolka brought a girl named Jane as a replacement, and they raped her as well. They then kidnapped Leslie Mahaffy raped and killed her, put her body in cement, and then threw the cement in the lake.

They married, with Bernardo writing their wedding vows. He refused to be called “husband and wife,” instead selecting “man and wife” to assert his dominance, noting that Homolka would “love, honor, and obey” him.

Next, they kidnapped, tortured, humiliated, and raped Kristen French.

They separated in 1993 because of physical abuse. Soon after, Bernardo was identified forensically as the Scarborough Rapist. 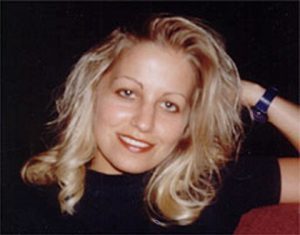 Homolka soon realized she would be caught and confessed to a family member the truth about her and Bernardo’s relationship. She got a lawyer and entered a plea bargain for a twelve-year sentence; the government agreed that she could be eligible for parole after three years with good behavior. In exchange, Homolka would testify against Bernardo. Through the trial, videotapes of her and Bernardo’s sexual exploits were discovered, and it was clear that she was not the victim she had painted herself to be – she seemed to enjoy their illicit sexual activities.

Bernardo received a life sentence. Homolka was released in 2005 with many conditions. Today, she lives in Guadelope under the name Leanne Bordelais.