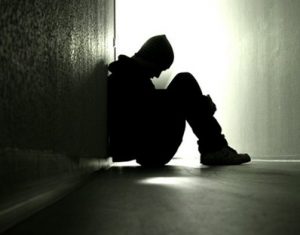 Though identifying a future serial killer isn’t an exact science, there are a few signs that may help to identify people who have the greatest potential to become serial killer. These traits can typically foreshadow the violent activities the killers engage in later in life but are not linked directly to serial behavior.

Extreme antisocial behavior is one possible indicator that an individual may have a problem, but it is by no means definitive. Antisocial personality disorder is a personality disorder, defined by the Diagnostic and Statistical Manual of Mental Disorders, 4th Edition (DSM IV), as someone who shows no remorse or guilt. Other signs that one suffers from antisocial disorder include patterns of lying, aggressiveness, failure to conform to social norms, and irresponsibility.

Young people who develop a serious tendency towards voyeurism may be displaying an early indication of psychopathic tendencies. Serial killers often seek to have complete control over another human being and watching them in private settings without their knowledge allows some people to feel a sense of dominance. This is a trait many serial killers demonstrate from an early age.

One of the most common warning signs that potential serial killers display is a fascination with setting fires. While it may be common for young people to enjoy the sight of a fire, a psychopath’s interest borders on that of being a potential arsonist. They will set anything they can on fire just to destroy it.

Another common indicator of possible serial killing behavior is killing or intentionally harming animals. They may provoke, torture, or even kill cats, dogs, and other animals. Even after seeing the results of their actions, the person will show no form of regret or remorse. Serial killers generally seek control over the life of another, and at a younger age a small animal easiest to fully dominate. Any adolescent who displays this activity is at an extreme risk of developing into a serial killer when they reach adulthood.