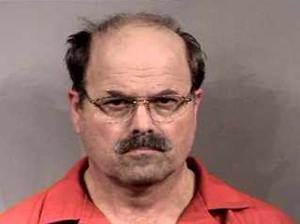 During his youth, Rader hanged cats, reportedly. However, other than that, he led a normal life, joining the Air Force and marrying a woman named Paula. He even had children. In 1974, he would begin work for ADT Security Services. This year also marked the first of Rader’s murders. He killed the Oteros, taking a watch and a radio.

In April of the same year, he killed Kathryn Bright and attempted to kill her brother, who survived the attack. Despite this eyewitness account, Rader was not caught at the time.

Rader took credit for his victims by leaving a note in a book in a public library, where he also requested that he be called BTK.

Next, he killed Shirley Vian and Nancy Fox. At this point, it seemed that he was doing it for the attention, sending poems to the newspaper about his victims. He even called the police, just to rub it in their faces.

Rader killed Marine Hedge and Vicki Wegerle, along with Dolores Davis. Then, suddenly, he stopped. In 1991, for no explainable reasons, the murders simply stopped.

In 2004, he emerged from the shadows once more, sending clues and pictures and letters to police and media. He even left them a computer disk. This disk, which led them to his church and his van and even his daughter, would lead to the eventual arrest of Rader on February 25, 2005. He was charged with ten counts of murder.

Rader pleaded guilty, and was handed ten life sentences, which he is currently serving in Kansas.