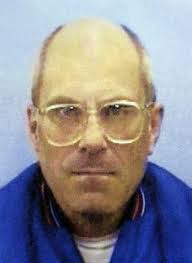 At 2:28 PM on August 28, 2003, a 46 year old pizza delivery man named Brian Douglas Wells walked into a PNC bank in Erie, Pennsylvania and handed the teller a note saying, “Gather employees with access codes to vault and work fast to fill the bag with $250,000, you only have 15 minutes.”  He then showed the teller a bomb which was placed around his neck.  The teller told Wells that she could not open the vault but she placed $8,702 into the bag and Wells left.

State troopers found Wells 15 minutes later outside of his vehicle.  They proceeded to handcuff him and he told the troopers that a few Black men had placed the bomb around his neck and forced him to commit the crime.  He continued telling the troopers, “It’s going to go off, I’m not lying.”  The bomb squad was called but arrived three minutes too late. The bomb exploded, ripping a hole in Wells’ chest, killing him.

After examining Wells’ car, troopers found a gun made to look like a cane and notes with instructions telling Wells what bank to rob, how much money to request, and where to go for the next clue.  When the officers went to find the next clue, there was nothing at the provided location, leading investigators to believe that whoever committed this crime was watching and knew the police were on the case.  When Wells died he was wearing a shirt over the bomb which said “guess,” this was perceived as a challenge to the investigators from the criminals.

When investigating where Wells had gone on his last delivery the media stumbled onto a man who seemed to be oblivious to the crime, but who lived very close to where Wells was last seen working.  His name was Bill Rothstein.

Bill Rothstein had avoided being investigated for a little under a month before he called the police and told them of a dead man in his freezer.  At the time, police did not suspect this had anything to do with the Wells case.  Rothstein admitted that he had helped his ex-girlfriend, Marjorie Diehl-Armstrong, cover up the murder of her then live-in boyfriend, Jim Roden.  According to local authorities, Diehl-Armstrong was well known for the deaths of her recent boyfriends.  She had admitted to killing one boyfriend in “self-defense” and another died from blunt force trauma to his head, but the body was never sent to an examiner so Diehl-Armstrong was never convicted. In 2004, Rothstein died of Lymphoma after testifying against Diehl-Armstrong for the murder of Jim Roden.

As a result of Rothstein’s testimony, in 2007 Diehl-Armstrong was convicted of murder and sentenced to 20 years in a federal prison. In an effort to be transferred to a minimum security facility, she informed police that she would tell them everything she knew about the Wells case and how it had been Rothstein who organized it. She went on to tell the Feds that Rothstein had been the mastermind of the plot and that Wells had in fact been in on the plan until he realized that he was the one who was going to have a bomb strapped to his neck.

Around this time a drug dealer named Kenneth Barnes was turned in to authorities by his brother-in-law for bragging about being a part of the heist.  Barnes agreed to tell authorities his story for a reduced sentence.  He told the police what most of them had expected; Diehl-Armstrong was the mastermind behind the plan and according to him, she planned the heist so that she could pay him to murder her father.  Barnes pled guilty to conspiracy and weapons violations involved with the collar bomb plot and was sentenced to 45 years in prison.

Before Diehl-Armstrong was considered fit to stand trial she had to undergo treatment for glandular cancer.  Although she was given 3-7 years to live, she awaited trial for charges that could land her a life sentence.  When she was finally able to be tried, she was found guilty on 3 different charges: armed bank robbery, conspiracy, and using a destructive device in a crime of violence.  She was given a mandatory life sentence on November 1, 2010.  To this day, some believe this crime is still unsolved and that there was much more to the story.