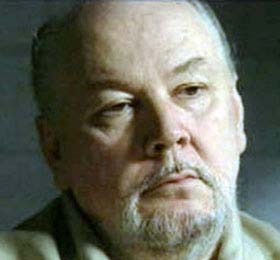 As a child, Richard Kuklinski was abused by both of his parents. His father was an alcoholic that beat him daily. After becoming intoxicated and beating Richard’s older brother Florian to death, his father abandoned the family. Life was not easier after his abusive father left; his mother hit him routinely, believing her children should be raised in a strict household. Abusive parents weren’t Richard’s only difficulty; because of his small size, he was an easy target for neighborhood bullies. In an effort to cope with his anger, young Richard mutilated cats and dogs to make himself feel more powerful.

In 1948, when Richard was 13 years old, he got his revenge on the leader of a small neighborhood gang that had been bullying him. After years of torment, Richard snapped and beat Charley Lane to death with a wooden dowel. After Richard killed him, he cut Charley’s fingers off with a hatchet and pulled his teeth out with pliers to prevent the body from being identified. Richard then went after the rest of Charley’s gang and beat them all nearly to death with an iron rod. In a later interview, he said that this is when he learned, “That it was better to give than to receive.”

As he got older, Richard became a well known pool shark in his area. He was feared by many because of his short fuse. In his spare time in Manhattan he would kill anyone that he felt had rubbed him the wrong way. He would shoot, stab, and bludgeon men to death but as a rule, he would never kill women. Sometimes he would dump the bodies in the Hudson River and other times he would just leave the body where it died. In later interviews, he said that this was a type of lab or training ground for his later career, experimenting with what felt right.

Through a connection with Roy DeMeo, Richard began working for the Gambino Crime Family, pirating pornographic films. He eventually became an enforcer for the Gambino Family, making sure debts were paid through violence. Standing at the monstrous height of 6 feet, 5 inches and weighing in at almost 300 pounds, he was extremely intimidating, and higher-ups in the family took notice. Richard was put to the test when Roy selected a target at random on the street and ordered Richard to kill him. Richard walked up to a man walking a dog and shot him in the back of the head. From that point on, Richard Kuklinski was Roy’s favorite enforcer. Richard continued to do hits for the Gambino Crime Family, killing anyone who crossed them, including witnesses, cops, and rivals. Over the course of his 30-year career, Richard claimed that he had killed over 200 people.

Richard was a jack of all trades when it came to killing people; he had no preference for a weapon or style, which made him even harder to catch. He used handguns, crossbows, sawed-off shotguns, blunt objects, knives, and cyanide. Richard would sometimes administer poison to his targets by means of injection, placing it in people’s food, aerosol spray, or by simply spilling it onto the victim’s skin. He earned the nickname, “The Iceman,” because he would occasionally place his victims in freezers after he murdered them and leave them there for years until he dumped the bodies. This confused investigators who could not figure out time of death because the victims had been frozen.

It was an undercover agent who finally caught up with Richard Kuklinski in 1986. His claims launched a joint investigation by New Jersey’s district attorney, the FBI, and ATF. On December 17, 1986 Richard Kuklinski was arrested after investigators staged a cyanide purchase deal. Investigators used undercover agent Dominick Polifrone’s testimony to convict Richard. In March 1988 a jury found him guilty of five murders and he was sentenced to consecutive life sentences at Trenton State prison which made him ineligible for parole until he turned 110. While in prison, Richard agreed to various interviews about his former hit man life style. His most famous interview was with HBO called, The Iceman Interviews. While in prison, Richard claimed that he was involved in Jimmy Hoffa’s disappearance. Richard claims that he stabbed him with a hunting knife and placed his body inside a barrel which was put inside a car that was later crushed.

Richard Kuklinski died on March 5, 2006 at the age of 70. His death was labeled suspicious because Richard was supposed to testify against a former mobster who was being tried for murder. An autopsy was performed but they determined that he died due to natural causes. His life also inspired the 2012 movie The Iceman.