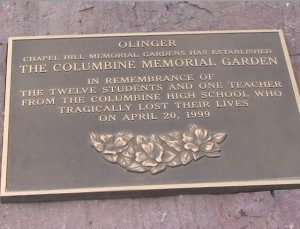 On April 20, 1999 two students, Eric Harris, 18, and Dylan Klebold, 17, walked into a suburban Denver high school and began a shooting rampage. During their forty-nine minute massacre of Columbine High School, they shot and killed twelve fellow students and a teacher, before later killing themselves. Harris and Klebold’s shooting was part of an apparently larger “terrorist” plot, which included homemade bombs, to kill up to 500 people within the school.

Ten students, including Harris and Klebold were found dead in the school’s library, a teacher had died of gunshot wounds inside a classroom, and two more students were found outside of the school, while at least twenty other students were injured trying to escape. The Columbine shooting was the deadliest high school shooting on record in US history to date. This high school massacre sparked a debate for gun control reform, which included the availability of firearms and gun violence involving young people.

Back to Mass Murder