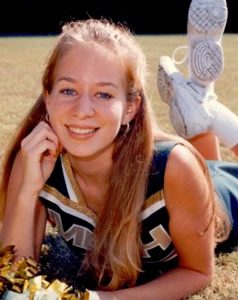 When Natalee Holloway (born October 21, 1986) went missing during a high school graduation trip to Aruba, it sparked an international frenzy with hundreds of volunteers, Aruban investigators, the FBI, and Dutch soldiers united in their efforts to find the missing girl. Despite several witnesses of her whereabouts on the eve of her disappearance, Natalee was never found and is currently presumed to be dead. Ten different people were arrested during the investigation, but all were later released, and no one has been formally charged.

Natalee Holloway was reported missing on May 30, 2005, after she failed to report to the airport for her trip to return home from Aruba. Her packed luggage and passport were found still in her hotel room. Her classmates and friends reported last seeing her leave a Carlos’n Charlies restaurant and nightclub in Orjanestad with three locals, 17-year-old Joran van der Sloot and brothers Deepak Kalpoe (age 21) and Satish Kalpoe (age 18). The three men were questioned and said that they dropped Natalee off at her hotel, forcing police to eventually release them without more concrete evidence to the contrary. But amid their subsequent changing stories and additional eye witness testimonies, the men were each arrested several more times throughout the investigation. Van der Sloot has remained the primary suspect in the case. 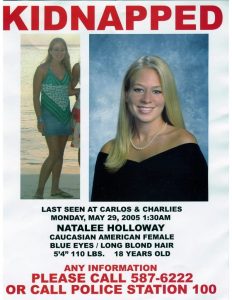 The search for Natalee Holloway was extensive. During the first few days of the search, the Aruban government gave thousands of Aruban civil servants the day off to help with the search efforts. Fifty Dutch marines were also deployed to the island to sweep the shorelines for Natalee, and three Dutch F-16s were specially fitted with infrared imaging devices to scan the land for freshly dug graves. Despite their efforts and over $3 million spent on the investigation (over 40% of the Aruban police operational budget), Natalee’s body was never recovered.

Beth has criticized the investigation, which has been accused of alleged bribery, cover-ups, and corruption, and she continues to keep hope for the return of her daughter. She has since partnered in founding the Natalee Holloway Resource Center, which offers aid and support to the families of those who have recently gone missing, as well as advice to the public on traveling safe.

Theories abound as to what actually happened to Holloway. Joran van der Sloot changed his story of the events several times. After stating that he and the Kalpoe brothers dropped Holloway off at her hotel, he was later recorded saying that he and Holloway spent some time on the beach, where he left her alone by her own will. In a later interview, Van der Sloot claimed to have sold Holloway into slavery, and then recanted his testimony.

In March 2010, Van der Sloot extorted $25,000 from Natalee’s mother, Beth, demanding she wire the money to his account in exchange for the location of Natalee’s remains. After receiving the money, he revealed the location but investigators found nothing there. Almost immediately after this, on May 30, 2010, he was arrested in Peru for the murder of a woman named Stephany Flores who was found strangled in his hotel room. After confessing to the crime he was sentenced to 28 years in prison, after which he potentially faces extradition to the U.S. for an indictment on the extortion charges.

In 2012, a petition request by Natalee’s father, to declare her legally dead, was approved and signed by Judge King. Beth Twitty opposed the petition.

Back to Cold Cases