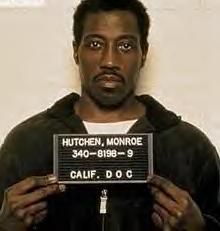 Wesley Snipes is an American actor, most notable in his role in the Blade franchise.

Between the years of 1999 and 2001, Snipes avoided $7 million in taxes. In 2008, he was convicted of three misdemeanor counts of failing to file tax returns and served three years in jail, from 2010 to 2013. His biggest victory in this case was being acquitted of felony tax fraud and conspiracy charges, which his tax advisers were ultimately charged with.

Since 2013, Snipes has had many battles with the IRS trying to resolve his debts which rose to $23.5 million. In 2014, he offered to pay $840,000 or roughly 4%, but the IRS declined the offer. Snipes occasionally posts to Twitter about the subject, often times around tax season.