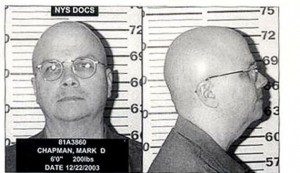 The world quickly learned the name Mark David Chapman on December 8, 1980 when he fired five bullets at John Lennon outside the Dakota apartment building in New York City. John Lennon was a member of the internationally famous band The Beatles and one of the most influential political artists of the twentieth century.

Mark Chapman was twenty five and living in Hawaii in 1980 when he decided to target Lennon “because he was very famous” and wanted to acquire his fame. He flew to New York City twice to stake out Lennon’s apartment building, The Dakota, and on his second visit he went through with his plan of attack. During his first visit Chapman called his wife back in Hawaii and told her of his deadly plan, but assured her that he did not plan to go through with it. 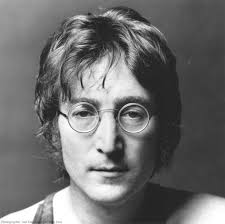 Once back in Hawaii, the urge to kill Lennon arose again, and Chapman flew back to New York without informing his wife. There, he waited outside The Dakota and met Lennon early in the day, asking for an autograph. Chapman described Lennon as a “very cordial and decent man.” Later, when Lennon and his wife, Yoko Ono, came back to their apartment building, Chapman was there waiting for them. As Lennon passed Chapman on the way into the building, Chapman allegedly yelled out “Mr. Lennon!” and pulled out a .38-caliber revolver with hollow bullets. Chapman fired five times. Four bullets hit Lennon in the back in. Chapman made no attempt to flee the scene and was restrained by the door man, Jose. Chapman was found to be carrying a copy of D. Salinger’s “The Catcher in the Rye” and later claimed he identified with the main character “who seemed to be lost and troubled.”

Once arrested, Chapman underwent extensive psychiatric evaluations that concluded that, while delusional, Chapman was still competent to stand trial. Chapman was charged with the killing of a civilian who is not a law enforcement officer. This crime constituted second-degree murder in the state of New York. Jonathan Marks, Chapman’s defense lawyer, found it difficult to represent Chapman due to his continuous outbursts in court. Chapman promoted his obsession with ‘The Catcher in the Rye’ throughout the trial. In June of 1981, Chapman suddenly changed his plea from not guilty to guilty with regards to the murder charge–despite the objections from his lawyer. Chapman claimed that it was God that had persuaded him to plead guilty. On August 24, 1981 he received a sentence of a minimum of 20 years to life imprisonment.

To learn more about the murder of John Lennon, click here.